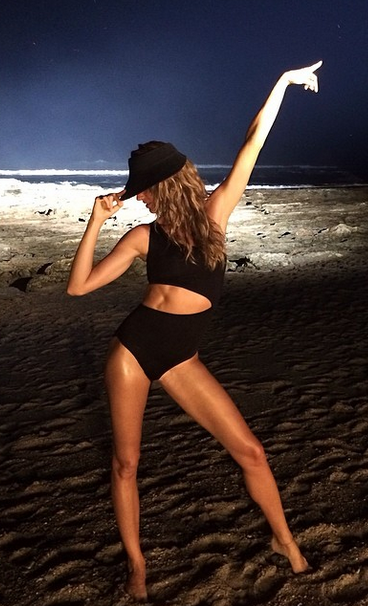 You’ve got to admire the beautiful, the talented, and the ambitious! And when it comes to these top models, well, they’ve got flair… with all three.

Some you will know about, while others may surprise! Read on for FashionTV’s list of top 5 models that broke into the music industry… because singing is the new modeling, don’t you know?

It may not have been the most successful career move, when in 1995 British supermodel Naomi Campbell released her debut album entitled, “Baby Woman,” featuring songs such as “Love and Tears,” “Ride a White Swan,” and “Sunshine on a Rainy Day.” Though it was only ever released in the UK (where it flopped), you might be surprised to learn that the album is actually a lot better than its reviews. Plus, she looks gorgeous in the video. So, Naomi, we forgive you!

Hear the face of the H&M Fall 2013 fashion campaign with her singing debut, “All Day and All of the Night,” originally performed by the Kinks. But that was just a sign of things to come for the world’s highest earning model. Gisele has now collaborated with infamous DJ Bob Sinclar for the second round of H&M campaigns, this time turning her attention to Blondie’s hit single, ‘Heart of Glass.’

FashionTV is at Cannes Film Festival! Join us by purchasing your ticket today!

Cara Delevingne: She got Soul Sister

British model and “face of the decade” makes no secret of her singing and acting ambitions. Early in 2013 she collaborated on a duet with Will Heard, which hit headlines, as well as singing for every modelling opportunity that allows her, such as Love Magazine features.

Probably the most famous model-turned-singer, Italian beauty, Carla Bruni, turned her attention to singing after a short but fruitful modeling career. She quit modelling in 1997 to focus solely on her music and has released four albums to date. This may have something to do with the fact that her mother was an Italian concert pianist and father, a classical composer — so music was her natural calling.

She started her music journey with a sweet, Madonna-sounding kinda Pop, and recently released a more mature-sounding album entitled, “Love Songs.” Vanessa Paradis, French model, and ex-wife of Johnny Depp shows him what he’s missing out on in her sultry new music video.