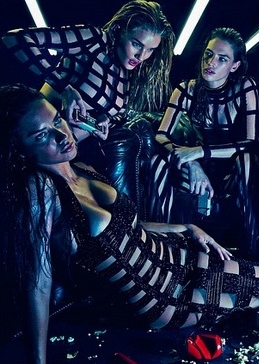 The Spring 2015 campaigns are here… and Balmain has scored the hottest model cast… EVER!

With his BFF list stretching from the Wests to Victoria’s Secret Angels and RiRi, there’s little doubt that Olivier Rousteing is one of the coolest cats in town. He took hold of the reigns at Balmain in 2012, and has brought with him youth, energy and sex appeal to the French fashion house like no other. 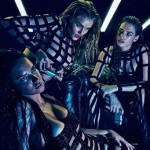 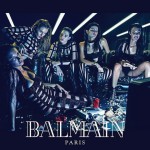 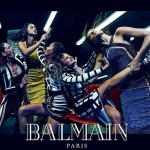 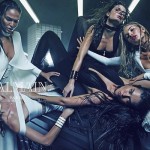 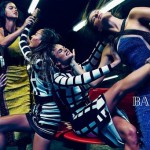 For Spring 2015, Rousteing sealed his title as one of the edgiest designers around, casting world class models Adriana Lima, Rosie Huntington-Whiteley, Joan Smalls, Isabeli Fontana and Crista Coba as his collection starlets, pictured by Mario Sorrenti. Scroll to watch Kendall Jenner and Rosie walk the Spring 2015 collection in Paris.

The Balmain Army, as they are dubbed, are pictured surrounded by Nintendos, junk food and lounging in front of the TV. However, in Balmain’s world they do so dressed in bondage-style dresses and Mondrian-inspired leatherwear. Check out all the hot looks from the new campaign.

“This is the new Balmain army and the game is on!” says Rousteing of his latest collection.