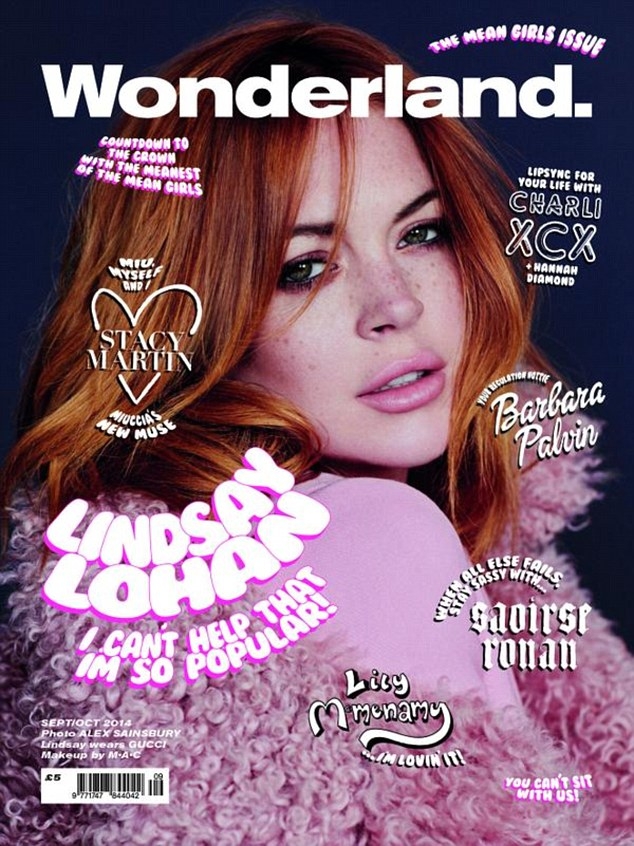 Lohan’s back… And the new cover girl of Wonderland magazine; re-watch Beyonce’s knock out MTV VMA’s performance; PLUS hear what Cara Delevingne has to say about walking the Fendi Fall 2014-15 Milan show and more! It’s time for your weekly dose of Fashion Roundup!

Cover of the Week: Lindsay Lohan

Gracing one of the limited edition covers of next month’s issue of Wonderland magazine, Lindsay Lohan has struck the hot spot! Barbara Palvin, Stacy Martin and Saoirse Ronan are among other cover stars. Out September 4th. (Daily  Mail)

Beyoncé stole the show at the MTV Video Music Awards with her off-the-hook performance, slinky gowns and accepting her Video Vanguard Award from husban Jay-Z and daughter Blue Ivy. (MTV)

If there’s something that you must watch today, then it’s Cara Delevingne rocking the Fendi Fall 2014-15 runway with a mini Karl doll by her side. Hear what Cara, Georgia May Jagger and others have to say of the collection.