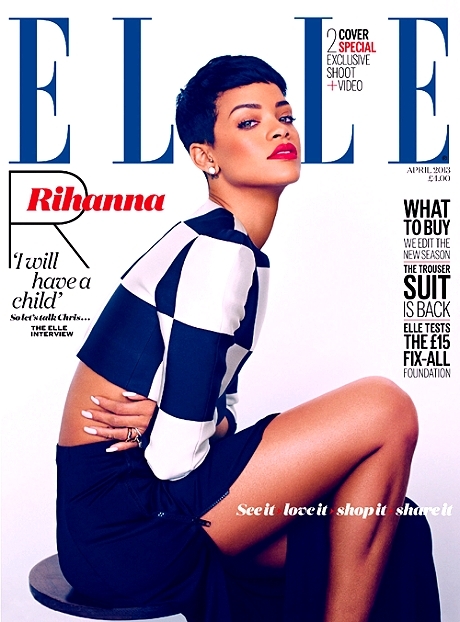 French lifestyle magazine, ELLE, was founded in 1945 and over the decades has seen the world’s most influential models, celebrities, and powerful women grace the glossy. This weekend, FashionTV celebrates the iconic magazine’s most memorable covers. Tune in: May 1-3!

From Chelsea Clinton to Rihanna, Gisele Bundchen to Cindy Crawford, Emma Watson and more, ELLE has documented the fierce power of women for generations gone by. With it’s first international edition launched in Japan, followed by the US and UK, ELLE – meaning “she” or “her” in French – truly celebrates women across the globe.

From its inspiring fashion and beauty coverage to thought-provoking mix of culture, controversy and cool, here’s a taste of things to come, this weekend on FashionTV.

WATCH: FashionTV LIVE Online 24/7 for all our weekly playlists

Let us transport you to July 2010 when superstar Rihanna was uncovered as the face (and body) of the ELLE summer cover edition. The cover, marked the first of six for ELLE, including the UK, Belgium, and India editions.

Did you know that Kim Kardashian and Justin Bieber first met one another at the White House in Washington DC at a correspondents dinner?! No, neither did we until we got the inside scoop from their September 2010 cover shoot. Find out more fabulous facts, below:

If you’re not a fan of the Latino soulstress, then after watching this cover shoot you will be! Take a look behind the scenes for Shakira’s cover shoot for the July 2013 issue of ELLE Magazine and be style inspired.

For the full ELLE Covers Weekend Special programming, tune in to FashionTV May 1-3, 2015.