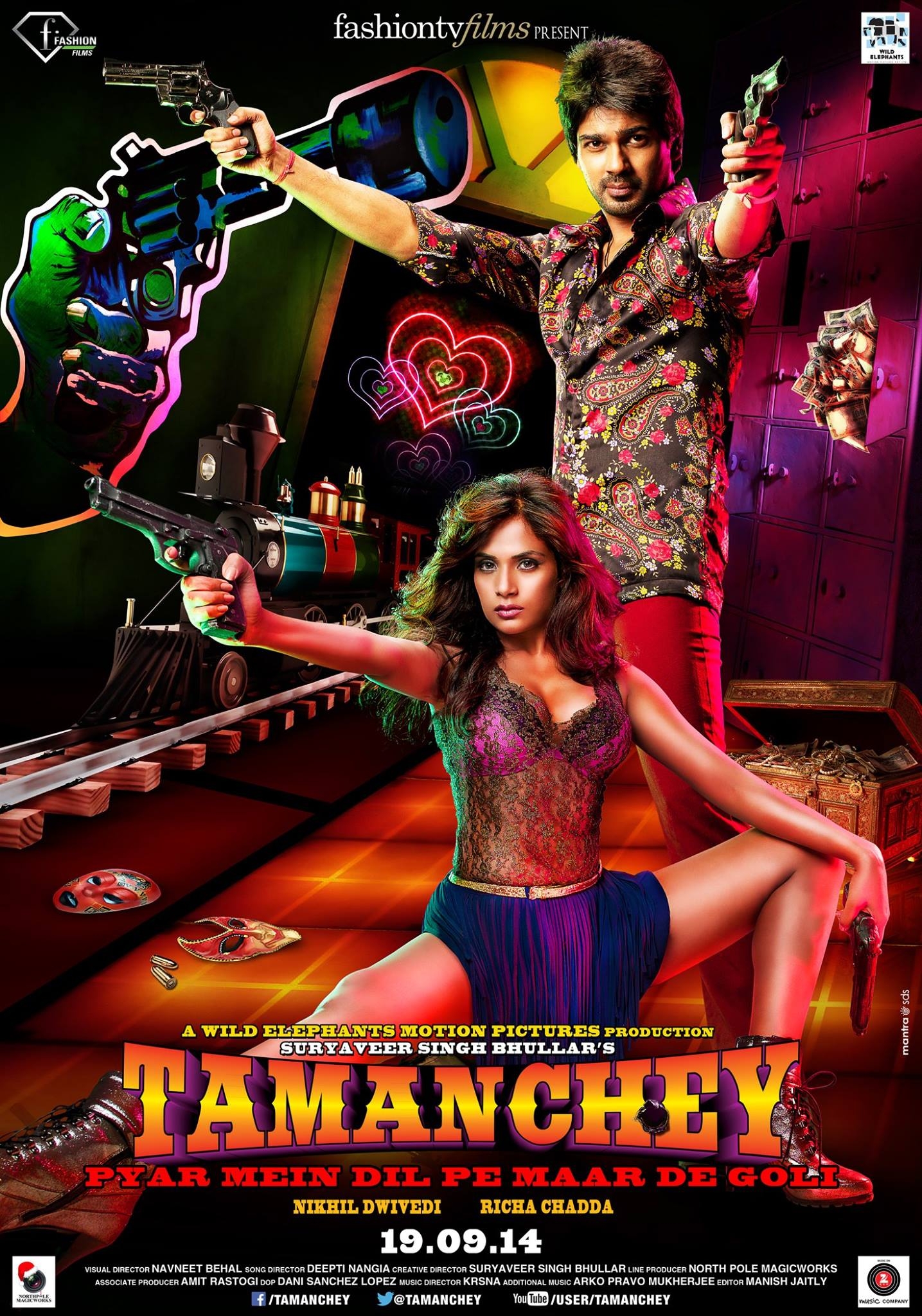 Starring Bollywood actress Richa Chadda (Babu) and Nikhil Dwivedi (Munna), ‘Tamanchey,’ is an intense love story that revolves around two convicts, who escaped from police custody and the adventures that follow while they are on the run from the law.

The film, shot in various parts of North India and Gujarat, takes you on the journey of a twisted love story filled with action, comedy and romance.

“I had a great time playing the feisty Babu, who is as quick with a sharp remark as she is with a gun. I hope people love the trailer and the film,” Chadda says.

Following suit of the controversial plot, the stars turned up to the launch party in handcuffs and accompanied by Policemen, as well as Producer, Suryaveer Singh Bhullar, and Tom Light, Vice President of Business Development of FashionTV.

‘Tamanchey’ will hit screens September 19, and even if you don’t understand Hindi, the trailer is enough to understand that this is going to be the box office hit of Fall. See it First on FashionTV.

FashionTV Films is the latest venture of FashionTV President and Founder, Michel Adam. With ‘Falconman’ and ‘Last Train To Shanghai’ among its big screen projects, you can expect to see our movies coming soon to a cinema near you, as well as on FashionTV VOD platforms!

Are Munna and Babu the new Bonnie and Clyde