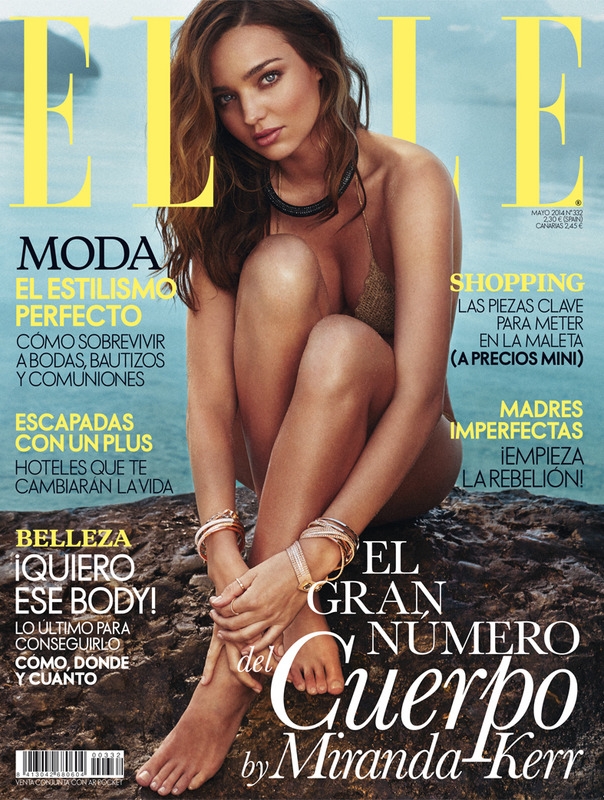 Sometimes we can’t get enough of all the model and celebrity gossip! This week on Fashion Roundup, find out all about Gisele’s career move, Terry Richardson’s scandalicious career and much much more! Now, you too can be part of all the fashion talk.

Miranda Kerr is the star of Elle Spain’s May cover and looking bronzed and beautiful perched atop a cliff and shot by photographer Xavi Gordo. (Huffington Post)

It’s not the first accusation, and now US Vogue has confirmed that it has ‘no plans’ to work with Terry Richardson, following accusations by a British model that the photographer offered to shoot her for the fashion magazine in return for sex. Richardson has denied accusations. (NY Daily News)

She was officially made a Victoria’s Secret Angel last year, and now, Karlie Kloss is the star of the lingerie brand’s ‘Heavenly’ fragrance ad. Dressed in Angel wings and little else, the American model looks stunning and sexy for the shoot. (Fashion Gone Rogue)

“Raw, spliced, and diced,” there are never too many ways to wear denim. It is fashion’s favorite fabric and can go from being sophisticated and cool to casual and carefree and is hot on the Spring 2014 trend checklist (British Vogue)

Not only is she the world’s highest earning supermodel, a working super mom, yoga expert, philanthropic angel and lingerie designer, but now it appears that Gisele is taking on a pop career too! The Brazilian beauty stars in H&M’s latest Spring 2014 campaign singing Blondie’s hit record ‘Heart of Glass,’ but with the added flare of Bob Sinclare!

Is Gisele the next greatest pop star