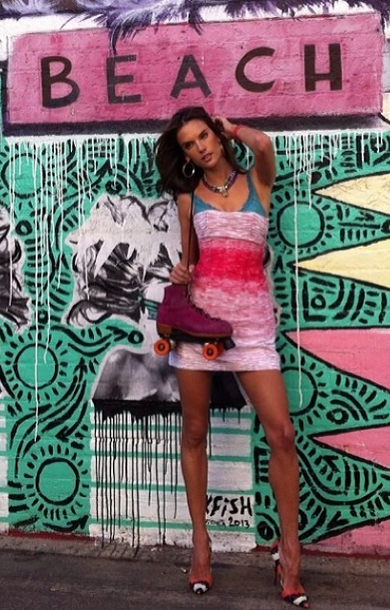 With the Canadian Grand Prix now over, and the Fifa World Cup 2014 just a stone’s throw away, FashionTV takes a trip to Rio de Janeiro, Brazil, to check out some of the hottest women in the world!

Everyone knows that Brazilian women are the sexiest known to mankind; you need only list supermodels Gisele, Adriana Lima and Alessandra Ambrosio, to understand just how bronzed and beautiful they truly are.

We’ve compiled a selection of gorgeous Brazilian women for your viewing only, ahead of the Fifa World Cup 2014 on Thursday.

The hottest bodies on earth!

If you’ve not yet travelled to Rio, and wonder what the beaches look like, and the view, then watch on! We can’t promise that every day is as booty-fabulous as this one, but we can pretty much guarantee you won’t be disappointed.

Though models Isabeli Fontana, Karlie Kloss and Petra Nemcova don’t get naked for the exclusive Pirelli calendar known for its tasteful nudes, in 2013, photographer Steve McCurry took some of the world’s most beautiful women to the most beautiful city, Rio, to picture the ever-sultry and sexy calendar.

For those who don’t know, there is such thing as a Brazilian bikini. What does it mean? Extremely tiny tops and bottoms. FashionTV was at Rio Fashion Week and we’ve edited together all the best swimwear shows of the season.

Will you be watching the Fifa World Cup