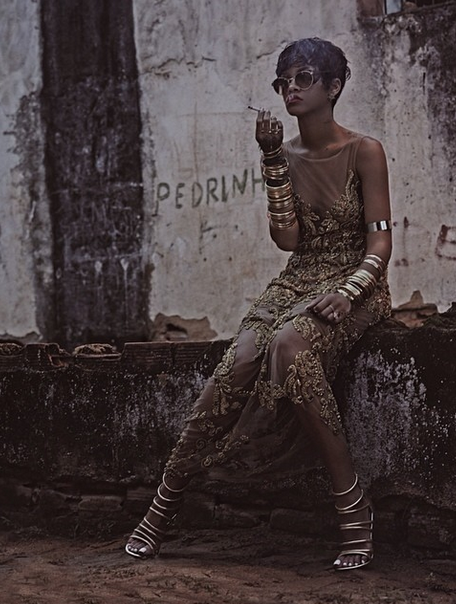 Do enjoy reading the biggest, hottest, and best stories of the week? Then look no further because FashionTV’s rounded up all the top stories for your eyes only. Here’s what’s been going on, as we wave goodbye to April…

Cover of the Week: Rihanna for Vogue Brazil

If you haven’t see it yet then we guarantee this image will stay imprinted in your memory all day: Rihanna has scored the latest cover of Vogue Brazil. Not one to be shy about her figure, the R&B star strips off inside the May issue for a cheeky tribal-inspired shoot by photographer Mariano Vivanco. (Daily Mail)

As one tour ends, another begins for Beyonce; but this time, the superstar is not alone! Beyonce and husband Jay-Z have confirmed that they will be officially touring together this summer. The tour is named after the duo’s song, “Part II (On The Run),” from Jay Z’s latest album. (Rolling Stone)

The official FHM sexiest women in the world 2014 list is out and Jennifer Lawrence has been named as no.1 sexiest woman on the planet! Following one step behind in seocnd place is Michelle Keegan, followed by Rihanna in third. (FHM)

We once knew her as a model (we still do) but now Victoria’s Secret Angel Karlie Kloss has teamed up with Warby Parker to design a new collection of sunglasses. Now, here’s a tip for staying stylish this season (Fashion Gone Rogue)

What do you think of the Nike advert