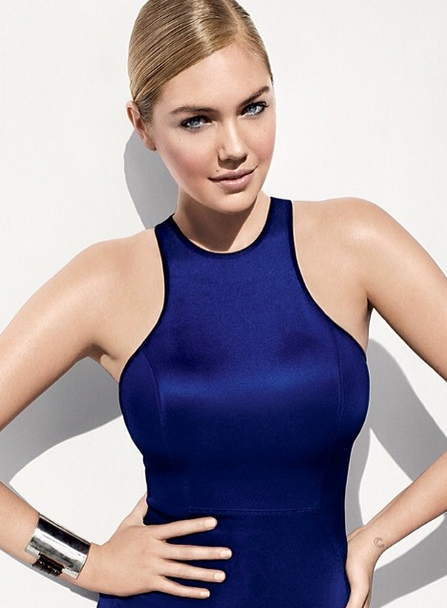 She skyrocketed to high fashion fame after making a household name for herself as the Sports Illustrated Swim Rookie of the Year and now, FashionTV takes a look back at all-American beauty, Kate Upton’s 5 most Iconic Fashion Moments.

Her first Vogue cover was for Vogue Italia back in 2012, when Kate Upton was blasted from swimwear model to high fashion fame. Though many snarled and saw it a controversial move in the fashion world, Upton is in fact now recognized as one of the leading models of her generation.

Genius, ground-breaking and moment in history, these are the three definitions we would give Kate Upton’s zero gravity photo shoot for Sports Illustrated Swim 2014.

She’s got 5 international Vogue covers under her belt, one, including Kate Upton’s British Vogue shoot by Mario Testino for June 2014… this marks her second British Vogue cover in just over a year!

Every model loves her first beauty contract, and we couldn’t think of a better one for Kate! Bobbi Brown hand-selected the beautiful blonde to represent the face of the cosmetics brand due to her confidence and individuality.

Swimwear brand Beach Bunny decided to launch its debut bridal swimwear line with Miss Kate, in which she reveals that she dreams of having a big wedding…because of the presents!

What do you think Kate Upton is most famous for? Swimwear or Fashion