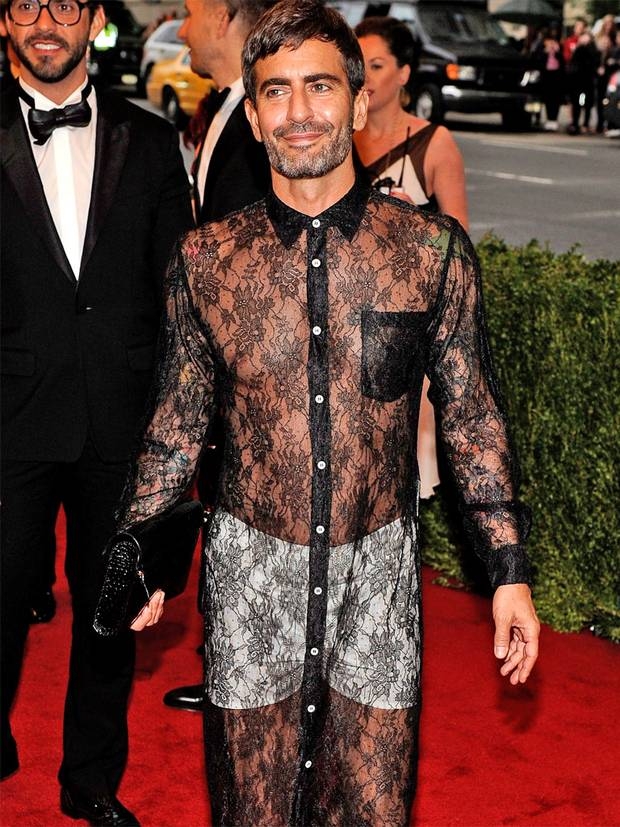 This weekend, FashionTV takes you on a journey of all things high-fashion, with our Marc Jacobs Weekend Special. Tune in: January 9-11.

One of the coolest, most influential people in the fashion industry, Marc Jacobs, is more than a fashion designer he is a visionary, a crowd-pleaser and — seldom seen without pet dog Neville — a man of many charms.

For years, he has held the prime spot on the fashion week schedule; whether closing the New York Fashion Week shows with his epiphanous self-named label, or indeed Paris Fashion Week and the entire season as creative director at Louis Vuitton. But whatever the weather, one things for sure, Jacobs knows exactly how to draw a crowd.

In the ’90s, Jacobs came to define the grunge movement. He worked as a designer at Perry Ellis and provoked the fashion world with flannel shirts and thermals, whilst “almost destroying his career.” But with Naomi Campbell among his model cast, the Perry Ellis show was a hit, yet not long after, Jacobs was dismissed from the company. A move that helped Marc Jacobs become a household name.

That very same year Jacobs and business partner Robert Duffy launched their label Marc Jacobs Intl. and in 1994 showed his very first collection. Jacobs was later named creative director of Louis Vuitton in 1997 and tasked with the creation of the house’s first ready-to-wear clothing line, where he remained for 16 years. In 2001, Jacobs launched his more affordable line Marc by Marc Jacobs, now passed over to the creative hands of Katie Hillier and Luella Bartley (Watch their first collection for the brand below).

Today, his designs capture the spirit of fashion week. His shows have helped break the careers of models to include Kendall Jenner at his Fall/Winter 2014-15 show. Know what we’re talking about? Then you’ll need to tune in for all the hottest shows, interviews, photo shoots, designer stories and more this weekend on FashionTV!