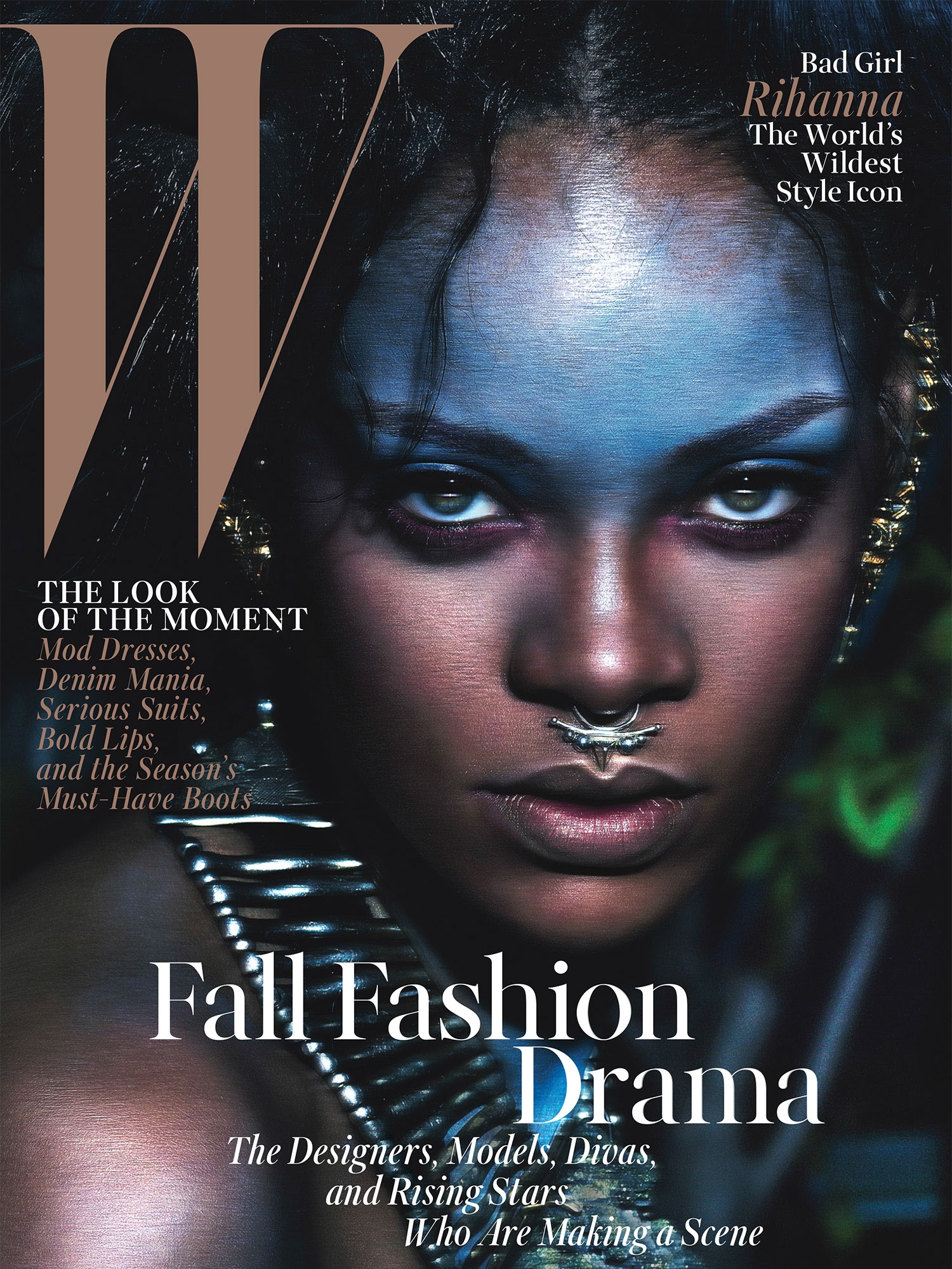 Rihanna has hit the headlines once again, this time with a thrilling W Magazine cover inspired by a tribal-themed spread featuring the edgy music star. (E! Online)

Cara Delevingne celebrates her 22nd birthday Ibiza style! The star model and notorious party girl has had a spectacular few years under the fashion spotlight. Falling asleep during a Vogue interview, being immortalized for Grand Theft Auto and designing her own Mulberry bag line are among some of her major achievements! (Modelinia)

We all love a good festival look, and British Vogue head to the Wilderness Festival in Oxford, England, to hunt down some of the chicest ensembles of the season. (Vogue)

FashionTV lands an exclusive interview with Kim Kardashain go-to designer Stephane Rolland, revealing the inspiration behind his Paris Haute Couture Fall 2014-15 collection. Take a look inside the mind of a master at work.

Fab OR Fail? What  do you think of RiRi’s new magazine cover