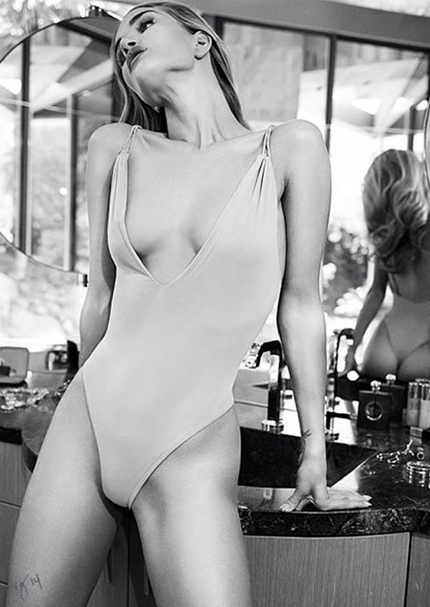 On her sexy shoot for British GQ, Rosie gets glamorous poolside for the July 2011 issue.

A Day In The Life: Victoria’s Secret

In 2006, Rosie made her debut for lingerie brand Victoria’s Secret at the annual catwalk show and in 2010 officially became an Angel.

Rosie has collaborated with M&S to create a collection of the most luxurious, romantic lingerie and nightwear.

It’s Valentine’s Day and Rosie’s been stood up by her baby. How does she avenge him? With a sexy striptease, Agent Provocateur style.

What make’s Rosie so fabulous