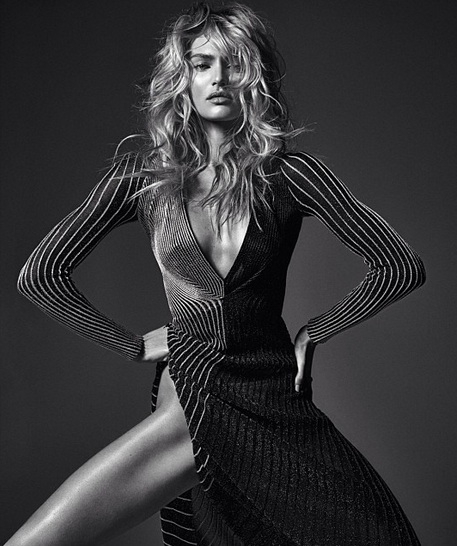 They make major bucks and major bookings! FashionTV looks back at 2014 and presents its list of Sexiest Models of the Year!

With fourteen Victoria’s Secret shows, two kids and one of the highest earning model salaries in the world, Brazilian beauty Adriana Lima has scored some of the biggest model contracts to include beauty range Maybelline and of course Victoria’s Secret. She has earned the title as No.1 Top Sexiest Model by models.com as well as FHM Sexiest Woman 2012 and many more!

A quintessential California girl with a laid back vibe and serious street style, Gigi Hadid made her mark in the fashion world in 2014, for if she was not gracing the pages of SI Swimsuit, or the CR Carine Roitfeld Book, then she was being pictured by Steven Meisel for the exclusive 2015 Pirelli Calendar (November girl). We suspect the year ahead has big things in store for Gigi!

With her sultry stare and hourglass curves, Ana Beatriz Barros defines sexiness wherever she goes. Whether she’s modelling for Intimissimi lingerie or gracing the cover of GQ magazine, Ana’s beauty and charm help define her as one of the hottest Brazilian sex symbols.

A force of nature in her own right, Victoria’s Secret model Alessandra Ambrosio has had a whirlwind career and is looking hotter than ever. She’s a red carpet favorite, ready to light up any catwalk and has earned her title as one of the sexiest models of 2014.

Reaching the Maxim 100 Sexiest Woman in the World No.1 spot is no small feat, and with her South African, girl next door beauty it’s little wonder. This year, Candice Swanepoel has reached the $4 million mark income and we expect 2015 will see yet brighter