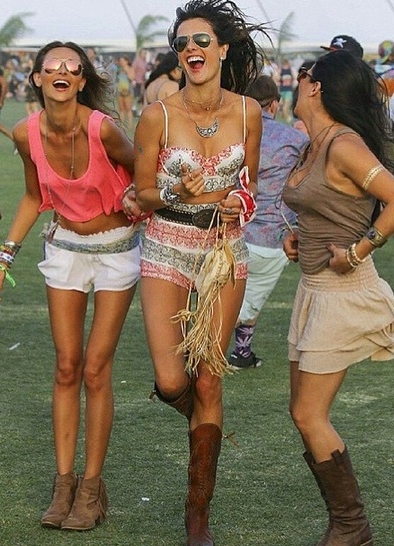 Coachella Weekend is upon us, and what better way to celebrate the boho music festival of the year than with their most prized model fan? This weekend and all weekend FashionTV presents the sensational story of Victoria’s Secret Angel, Alessandra Ambrosio. Tune in, April 10-12!

And here’s the story of her rise to fame…

Brazilian supermodel Alessandra Ambrosio, emerged into the modeling world in the late 1990s and is most widely recognised for her Victoria’s Secret Angel status. She was the first spokesmodel for the lingerie giant’s Pink line and has continued to rule the runway as one of their most loved model stars since her first appearance in 2006.

As well as her Angel status, Ambrosio has earned her title on Forbes “Top 10 Highest Paid Models” list since 2011. She has landed advertising contracts with leading Brazilian fashion brand Colcci, Hugo Boss, and Dolce & Gabbana, as well as featuring on over 45 magazine covers to include Vogue Brasil, GQ Brasil, Love Magazine and many more!

But more than modelling, the Brazilian beauty has enjoyed a cameo appearance in the music video for Mr. Little Jeans cover of Arcade Fire’s “The Suburbs,” and in 2014 launched her very own clothing line Ale by Alessandra – every piece is a staple Coachella item!

This weekend FashionTV presents the full Story of Alessandra Ambrosio. Tune in, April 10-12!