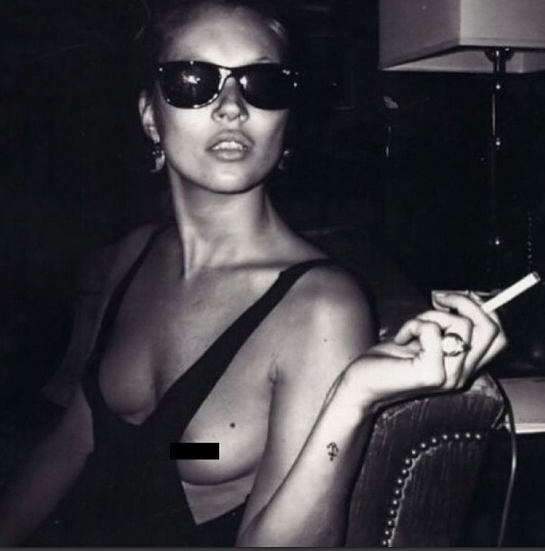 There are few models in the world that need little introduction. Kate Moss is one of them. A British style icon and institution in her own right, the Croydon-born beauty has helped to revolutionise the fashion industry throughout her 25 years in the business.

This weekend, FashionTV presents ‘The Story of Kate Moss.’ Tune in: May 8-10!

Kate Moss was famously discovered at the age of 14 at JFK Airport in New York, and quickly became a pioneer of the heroin-chic look. Now, a style icon for generations, Kate is the rock ‘n’ rebel model that has worked with the industry’s greatest fashion photographers, brands and beauty teams; and at 41, her model career is anything but slowing down. Here’s a sneak peek at things to come this weekend. See it first on FashionTV.

From walking on the world’s greatest catwalks to bringing the fabulous to the front-row, Kate Moss is a Burberry favorite both on-and-off the stage. Recently, she landed the ‘My Burberry’ fragrance campaign with younger star Brit, Cara Delevingne. FashionTV was at the Burberry Spring 2015 London show where we caught up with the talented two.

As well as having supermodel, fashion designer, editor, muse and style icon on her resume, Kate Moss was the sole star of the White Stripes music video, for their cover of 1960’s classic, “I just don’t know what to do with myself.” The black-and-white clip, directed by Sofia Coppola, sees Kate giving the pole her ultimate strip tease dance.

Forty is the new 30! And no one proved it better than Kate Moss, who helped Playboy celebrate their 60th anniversary issue, and her 40th birthday, dressed in classic Playboy bunny attire.

Edited an issue of British Vogue

Kate Moss made her mark on the editorial world, with an issue of British Vogue that she helped put together, properly themed, ‘Kate’s World.’ From dressing and organising forty people for a single shot with Tim Walker, to turning David Bailey’s legendary lens onto her favourite boys, Moss shares the stories behind this special issue.