Unless you hadn’t heard, FashionTV will be LIVE at Cannes Film Festival. But if reporting from the red carpet, attending the most extravagant parties, and hosting our very own lineup of events isn’t enough excitement for the week; this year FashionTV is launching it’s very own Fashion Film Awards and YOU are invited to vote!

On Wednesday, May 21, we will be teaming up with the Berlin Fashion Film Festival (BfFF) to host a night that celebrates the best of fashion and the best of film, at the Majestic Barriere Hotel in Cannes, which will run in parallel with the 67th annual Festival de Cannes.

So, it’s time to get your voting on, and Click HERE to watch all the nominated fashion films. PLUS, if you want to be there to see the nominees receive their awards, then you can! Sounds too good to be true, right?

To give you a taste of things to come, the FashionTV Editorial team has selected 5 of our personal favorites, but we’re not the one’s voting… you are! 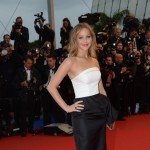 Will you be joining FashionTV at Cannes this May