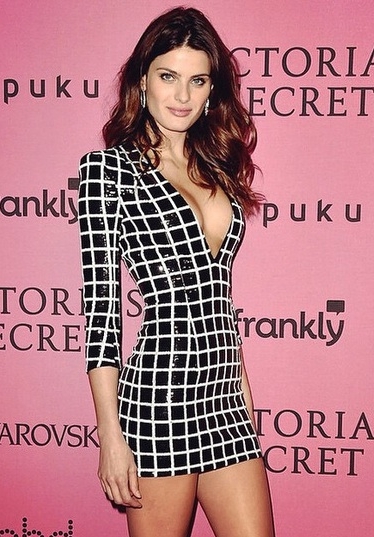 She’s a Sports Illustrated, Pirelli Calendar AND Victoria’s Secret favorite, and its little wonder with her Brazilian sex appeal and cheeky charm. Watch Isabeli’s sizzling shoot with Steven Meisel for the new and exclusive Pirelli Calendar, below.

She made it to the cover of Sports Illustrated Swim alongside Nina Agdal and Chrissy Teigen in 2014 and took to the Victoria’s Secret catwalk for a fifth year running. What do you think of Lily Aldridge’s show look this year?

Voted Rookie of the Year SI Swimsuit 2014, Sara Sampaio is also a hot favorite on the Victoria’s Secret catwalk. This year, we got an exclusive backstage interview with the Portuguese model before she took to the catwalk. “This is my second show and I’m just so excited and honored to be chosen,” she says.

How can you make one of the worlds hottest cars even more appealing? Place 21-year-old Dutch model Bregje Heinen in, on and around the Jaguar’s Project 7 dressed in tight black attire and let the pictures do the talking.