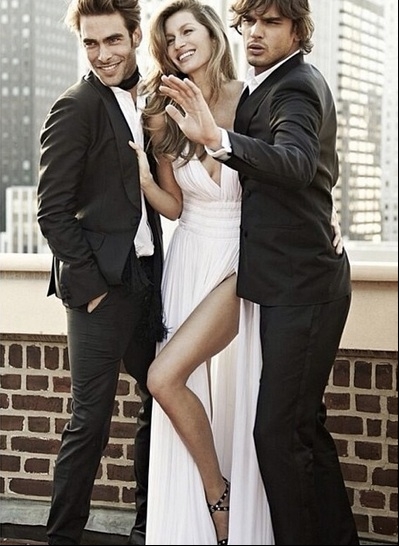 It’s not often that male models reach star status, that is, unless they begin their career as a footballer or movie star; but for Bilbao-born Jon Kortajarena (full name, Redruello) he has worked his way up the model ladder, and is recognised by Forbes as one of the World’s 10 Most Successful Models, as well as landing a spot on models.com’s The Money Guy’s List.

Kortajarena’s career began in Barcelona, when he was invited by a friend to attend a fashion show in the Spanish capital. Whilst there, a booker noticed him and encouraged him to try a modeling career. He began modelling for Spanish brands such as Roberto Verino and in 2004, at the age of 18 had become the face of Just Cavalli’s spring campaign. Since then, Kortajarena has been the go-to guy for the biggest advertising campaigns such as Tom Ford, DKNY Jeans, Hugo BOSS, Bvlgari, Karl Lagerfeld, and many more.

Described as “an icon of charm and masculinity,” Kortajarena was chosen as the protagonist for the special video version of Roberto Cavalli Men’s Spring 2012 catwalk show, which he opened at the Palazzo Serbelloni in Milan.

He counts working with Tom Ford for 9 seasons as one of his greatest model experiences as well as working with Pop Queen Madonna in her Girl Gone Wild music video, as “one of those jobs” he will always remember.

Am I a dreamer?