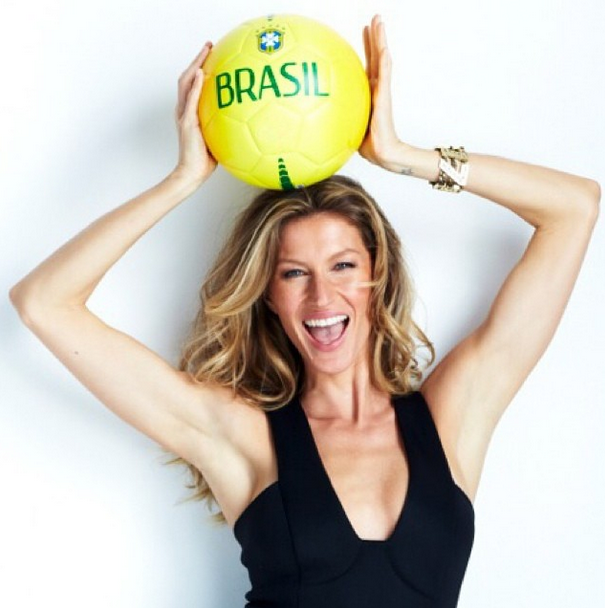 The nations unite for the biggest sporting event in the world and Gisele is rumored to be presenting the 2014 World Cup to the winning team…. and all the other buzzing stories on the web! It’s time for your weekly Fashion Roundup.

Talk about taking a bull by the horns, the New York Times has put controversial photographer, Terry Richardson, on the cover of its magazine. Richardson speaks out on the allegations over taking advantage of models on set. (Fashion Gone Rogue)

It’s all go go go as the World Cup 2014 moves into its second week. And now, it’s rumoured that Gisele Bundchen could present the winning trophy in Brazil! Is there anything that she can’t do? (Vanity Fair)

Model and actress Cara Delevingne speaks about being a muse for Mulberry, visits the factory and lets us in on her secrets to creating her very own collection for the luxury leather brand. (British Vogue)

It’s great to be a man says FHM and who’d win the sexy world cup, asks the lads’ mag? From Brazil to Russia, Colombia, Australia and more, they scour the the world to find the world’s hottest models. (FHM)

Men’s fashion week is garnering much attention this season, and as London comes to an end, we can look forward to some Italian stallions take to the catwalks in Milan, starting Saturday. Check out what London had to offer with Alexander McQueen’s Kabuki pattern collection.