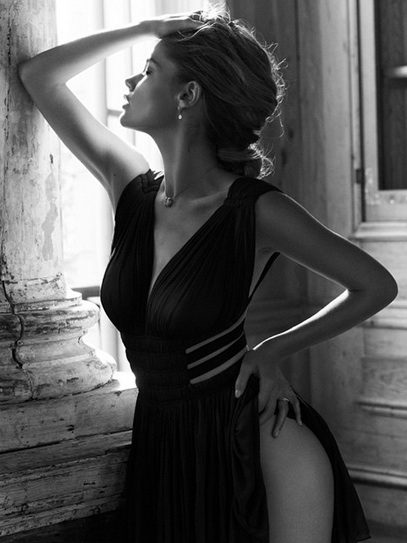 The 21 beauties on Forbes 2014 list of highest paid beauties, made a combined $124 million in the last year alone, proving that great genes and a good work ethic can go a very long way!

Names such as Gisele Bundchen, Doutzen Kroes and Kate Moss are regulars on the list, while newcomers included Kate Upton, Karlie Kloss, Jourdan Dunn and Cara Delevingne who are busy ruling the runways and dominating glossy magazine pages with their editorials and ad campaigns.

Last year, Gisele broke the internet with her H&M campaigns, which included the Brazilian model singing a rendition of Blondie’s iconic song “Heart of Glass” for their summer swimwear campaign. Meanwhile Dutch powerhouse Doutzen Kroes – despite giving birth to a second son – has bolstered her career with a L’Oreal cosmetics contract. And nothing can stop supermodel Kate Moss from earning her spot on the list, who at 41-years-old is still going strong as a model as well as designer at Topshop.

Kate Upton, the infamous swimsuit-turned-high-fashion model has had a stellar year in 2014, landing contracts with Bobbi Brown cosmetics, Vogue covers and Express clothing line signing amongst others. While British besties Jourdan Dunn and Cara Delevingne also made the hot spot for the first time in their modelling careers,

But, wait! We’ve only revealed 6 of the highest paid models, what about the other 15? Well, you’ll just have to tune in to find out who else made the hot list…any guesses?