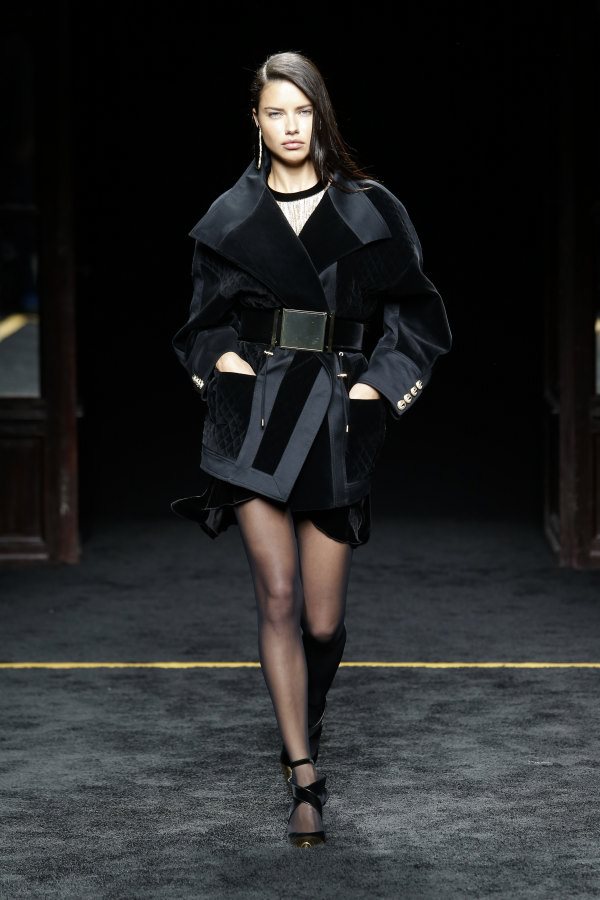 From Op Art to 80s Punk, Girl Gangs, Androgynous Tribes and more; the Fall 2015-16 collections were alive with inspiration, fresh styles and covered in contrasts! This weekend, FashionTV presents the ‘Best of Fashion Week 2015 Season.’ Join us on a journey of fashion trends, designer inspiration and major model moments!

In a strong season, and a month long of marathon shows throughout New York, crossing the waters to London, moving to Milan and closing in Paris, there were numerous shows that got the fashion editors in a frenzy! Here’s a taste of things to come…

Famed for her play with 3-Dimensional fashion, new technologies and science; for Fall/Winter 2015 Iris van Herpen explored the idea of terraforming – modifying the biosphere of another planet to resemble that of Earth. Her Paris show was future forward; comprising spherical shapes of planetary bodies, biomimetic structures and saturated spectral colors. Take a look into the future…

Gigi Hadid is the model of the moment, and FashionTV caught up with her backstage in New York at the Diesel Black Gold Fall/Winter 2015 show! This season, the 19-year-old Californian model walked 12 shows between New York, Milan and Paris. Speaking about her off-the-catwalk style, Gigi says: “My everyday outfit is jeans and a t-shirt, I like to call it casual chic because I like putting a statement piece with a casual outfit.” Hear more from the interview, below!

It’s a fashion week right that Domenico Dolce and Stefano Gabbana get a headline show, and this season was no different. Amidst recent controversy of their anti-IVF, anti Gay marriage comments, the Italian design duo dedicated their Fall 2015/16 collection to celebrating motherhood and famiglia — with babies and children the runway accessory of choice! Fittingly, the Spice Girls’ 1996 hit, ‘Mama I Love You’ was the soundtrack to the show.