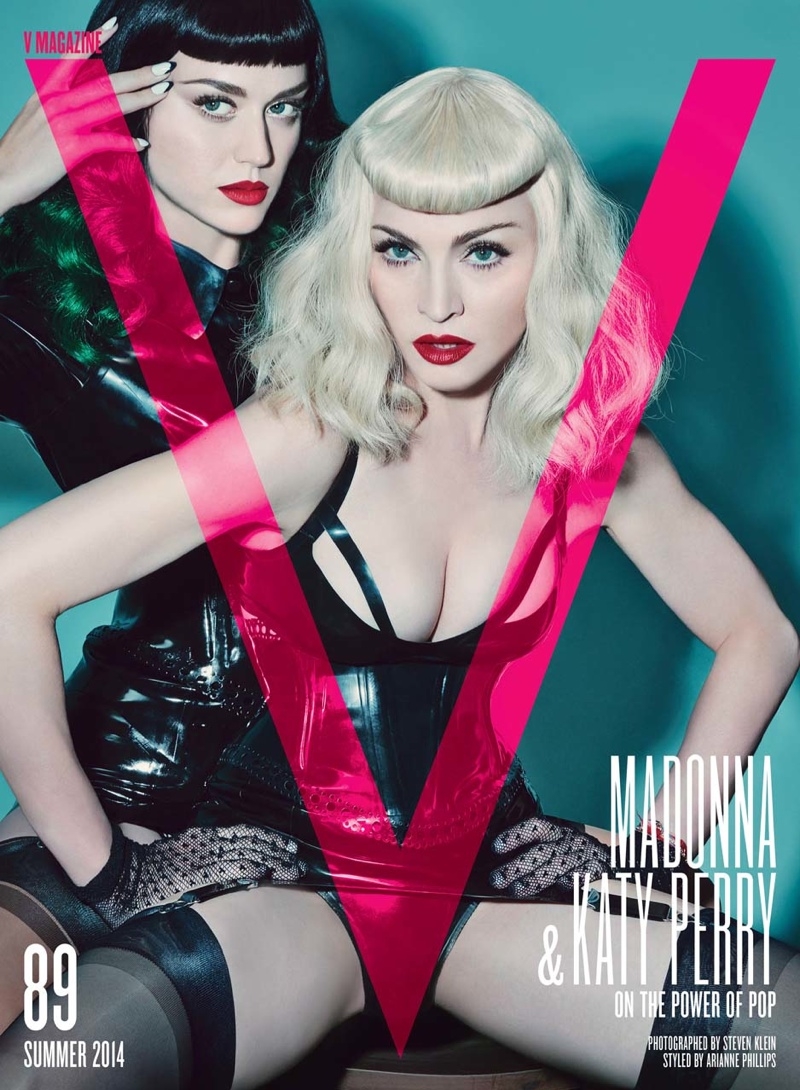 From Madonna and Katy Perry’s bondage-inspired cover shoot to the best of Cannes red carpet glamor, and the unveiling of Maxim’s Hot 100 list for 2014: read on for all the hottest stories of the week, only with FashionTV’s Fashion Roundup!

Cover of the Week: Pop Bondage

Madonna and Katy Perry have teamed up for a bondage inspired cover shoot for V Magazine and speak out on the power of pop! The retro-styled shoot will hit newsstands on Memorial Day (May 26th). (Fashion Gone Rogue)

Hot In The News: The Best of Cannes Red Carpet

From Cara Delevingne partying with Sharon Stone to Aishwarya Rai proving she is the reigning red carpet queen, a topless protester crashing the Map to the Stars premiere and more, this Cannes Film Festival has been full of action and oodles of glamor. Check out all the best red carpet looks. (FashionTV Gallery)

Trend Alert: Return of the Bosom

From Kate Upton’s ample catwalk cleavage to Christina Hendricks of Mad Men, Blake Lively’s bouncing bodacious ones and celebrities opting to post pictures of “side-boobs” instead of “selfies,” it appears the Golden Age of Hollywood cleavage is back! (British Vogue)

The definitive list of the world’s most beautiful woman is beginning to reveal it’s Top 100. So far we know Rihanna has missed the Top 10, falling short at #11, Christina Aguilera has made a surprise appearance and Miley Cyrus is #25. Stay tuned to find our who will be crowned #1! Any guesses? (Maxim)

Blake Lively has secured her title as red carpet extraordinaire taking her status to stellar heights at this year’s Cannes Film Festival. Watch, as she arrives at The Captive premiere, dressed in her now-iconic black-and-white Gucci Première gown.

What do you think of the bondage-themed cover