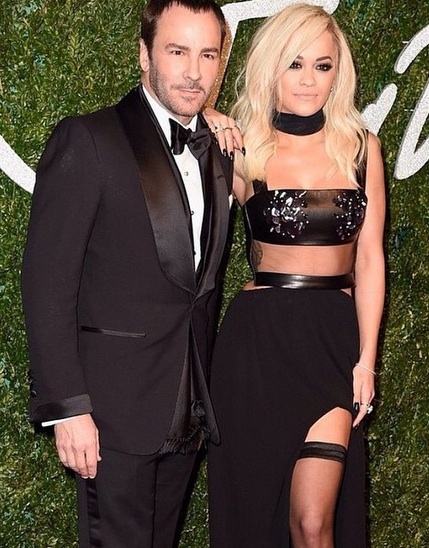 He’s the designer that helmed Gucci and Yves Saint Laurent menswear before launching his own eponymous line, has worked as a film director, photographer and even had a Jay-Z song dedicated to his name. This weekend FashionTV presents “The Story of Tom Ford.”

Here’s some interesting facts that perhaps you never knew…

Tom Ford was born in Texas in 1961, and later moved to New York to pursue his dream in art. He partied with Andy Warhol at Studio 54, and later dropped out of college to work as an actor in California. After saving money from his acting stint, Ford decided to pursue a degree in architecture which he soon changed to fashion. And so the rise of Tom Ford began.

Upon graduation, Ford began working for Cathy Hardwick, followed by Remy Ellis, helmed at the time by Marc Jacobs, and then the designer’s career with Gucci began — by 1999 helping the brand to make $4.3 billion! After Gucci Group bought Yves Saint Laurent, Ford was assigned to the position of creative and communications director in addition to his Gucci role.

It was in 2004, that the Tom Ford brand was launched. He also has his own film company FADE TO BLACK, which released the well received film “A Single Man” in 2009. In 2010, Ford marked his return to womenswear, with Beyonce, Emma Stone, and Gwyneth Paltrow among his celebrity fanbase. Other moments of marvel include Jay-Z dedicating an entire song to the designer on his “Magna Carta Holy Grail” album as well as collaborating with Justin Timberlake on his Suit & Tie cover art and music video, in 2013.

Tune in this weekend on FashionTV to find out more about Tom Ford and his story of talent, fame, and fortune.