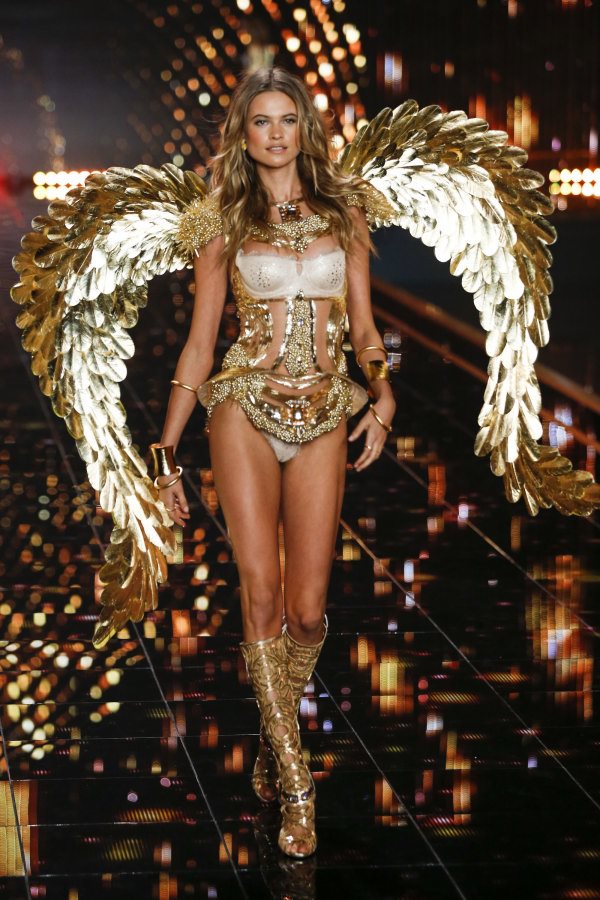 From boarding their private jet to landing in London, a Bond Street photo call, exclusive interviews, backstage access and show highlights, there’s only one place to tune in to this weekend for all the Victoria’s Secret coverage. Join FashionTV for the New Victoria’s Secret Weekend Special, Dec 5-7. You don’t want to miss it!

Never before has there been such a programme! And never before will you have been more obsessed with the Angels. From before they were supermodels to casting calls, fitness regimes, and all the hot campaigns from intimates to holiday and sport you’ll be dying to slip into something that makes you feel sexy, by the time our weekend special is over.

This year, the Victoria’s Secret Show took place overseas for the first time in London, playing host the world’s most renowned glamathon! Major acts such as Taylor Swift, Ariana Grande, Ed Sheeran and Hozier joined the models on stage, as they spread their wings and dazzled the crowds.

Who Graced the Pink Carpet?

The Pink Carpet was London-chic, with everyone from model Poppy Delevigne to British singers Ellie Goulding and Eliza Doolittle, Olivia Palermo and even Kate’s little sister Lottie Moss adding their signature glamour to the show’s crowd. Catch FashionTV exclusive interviews with the celebs as they took their moment under the spotlight before the show.

Australian model Jessica Hart was rumoured to have been booted off the show, caused by a candid remark about Taylor Swift’s performance last year. ‘I think, you know what, god bless her heart. I think she’s great,’ she said, speaking to WWD. ‘But, I don’t know, to me, she didn’t fit.’ Although it was not officially announced that Jessica would not be walking this year, the proof lay in the pudding! See if you can spot Jessica in last year’s show.

And even though the show has come and gone in the blink of an eye, there’s always exciting Victoria’s Secret news going on year round. And before you know it, the Summer 2015 swimwear range will be out and getting the media in a frenzy. Or, you could always ogle at the annual show pictures to keep entertained!

Time to set a reminder, and tune in this weekend, all weekend… ONLY on FashionTV.