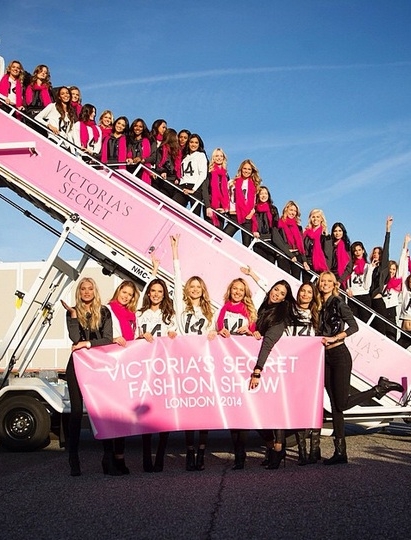 It was all aboard the Victoria’s Secret private jet yesterday, when 35 pink ladies, boarded their plane and headed to London.

Talk about the best plane ride ever! Heading from New York’s JFK airport to London Stansted, the Angels were ready with their pink boarding passes for the flight to the Victoria’s Secret Fashion Show, taking place tomorrow.

Of course, the flight was no casual affair, with the Angels lined up for a spectacular boarding photo shoot dressed in matching “Angel 14” sweaters, while bloggers such as The Blonde Salad were part of the privileged media allowed on board and share the interior of the Victoria’s Secret jet. Meanwhile the models tweeted and Instagrammed for much of the 8 hour flight, keeping us much entertained! 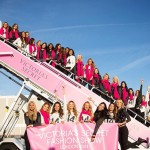 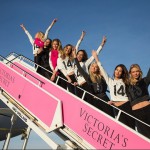 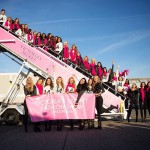 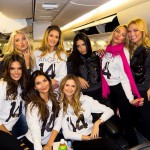 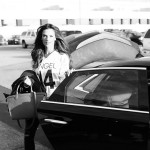 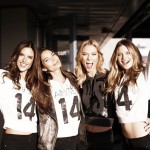 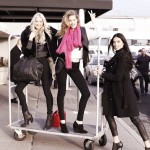 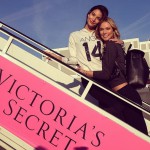 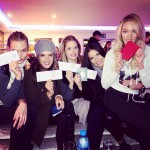 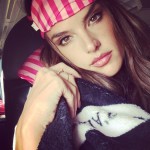 With Angels such as Doutzen Kroes and Adriana Lima each earning an estimated $9 million a year, Alessandra Ambrosio falling behind with a staggering $5 million and Karlie Kloss breaking at $3 million, according to Forbes Highest Paid Models 2014 list…this flight was full of precious cargo!

Check out the gallery above for all the glamorous flight snaps and STAY TUNED with FashionTV all week for all the Victoria’s Secret scoop! I Love FashionTV.