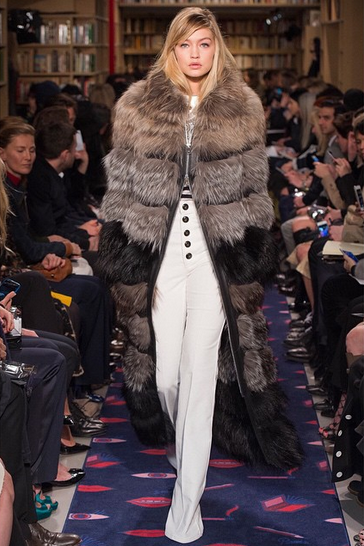 It’s official: The Fall/Winter 2015 collections have come to an end, and so too have the style stakes reached fever pitch! For the past nine days, we’ve been at Paris Fashion Week, rubbing shoulders with the fashion elite and bringing you exclusive front row, backstage and catwalk highlights straight to your news feed!

But for those who may have missed it, or indeed can’t get enough, this weekend FashionTV invites you to tune in for an entire weekend of special programming dedicated entirely to Paris Fashion Week Fall/Winter 2015 collections! You don’t want to miss out! Tune in: March 13-15, only on FashionTV.

And here is a small taste of things to enjoy…

This season, Vivienne Westwood took her signature punk mash-up designs and gave them a unisex edge. For Fall 2015, the designer turned her political eye to take a stand against gendered silhouettes. Whether it was having male models in historical golden corsets and mini-skirts or petite girls in wide shouldered suits, Westwood proved yet again that rules are made to be broken. Look out for Game of Thrones star, Gwendoline Christie walk the show.

FashionTV takes you to the Etam Lingerie Fall/Winter 2015 Show during Paris Fashion Week. On stage, Major Lazer & DJ Snake feat. MØ performing their debut live version of “Lean On,” as models hit the catwalk in a collection of tribal-inspired lingerie.

Renowned for the grandest of fashion sets, for Fall 2015 Karl Lagerfeld transformed the Grand Palais into the biggest, chicest brasserie in Paris, naming it after Chanel’s founder – Brasserie Gabrielle. And the diners were none other than models of the moment Kendall Jenner and Cara Delevingne.

We also have all the galleries from Paris Fashion Week too…